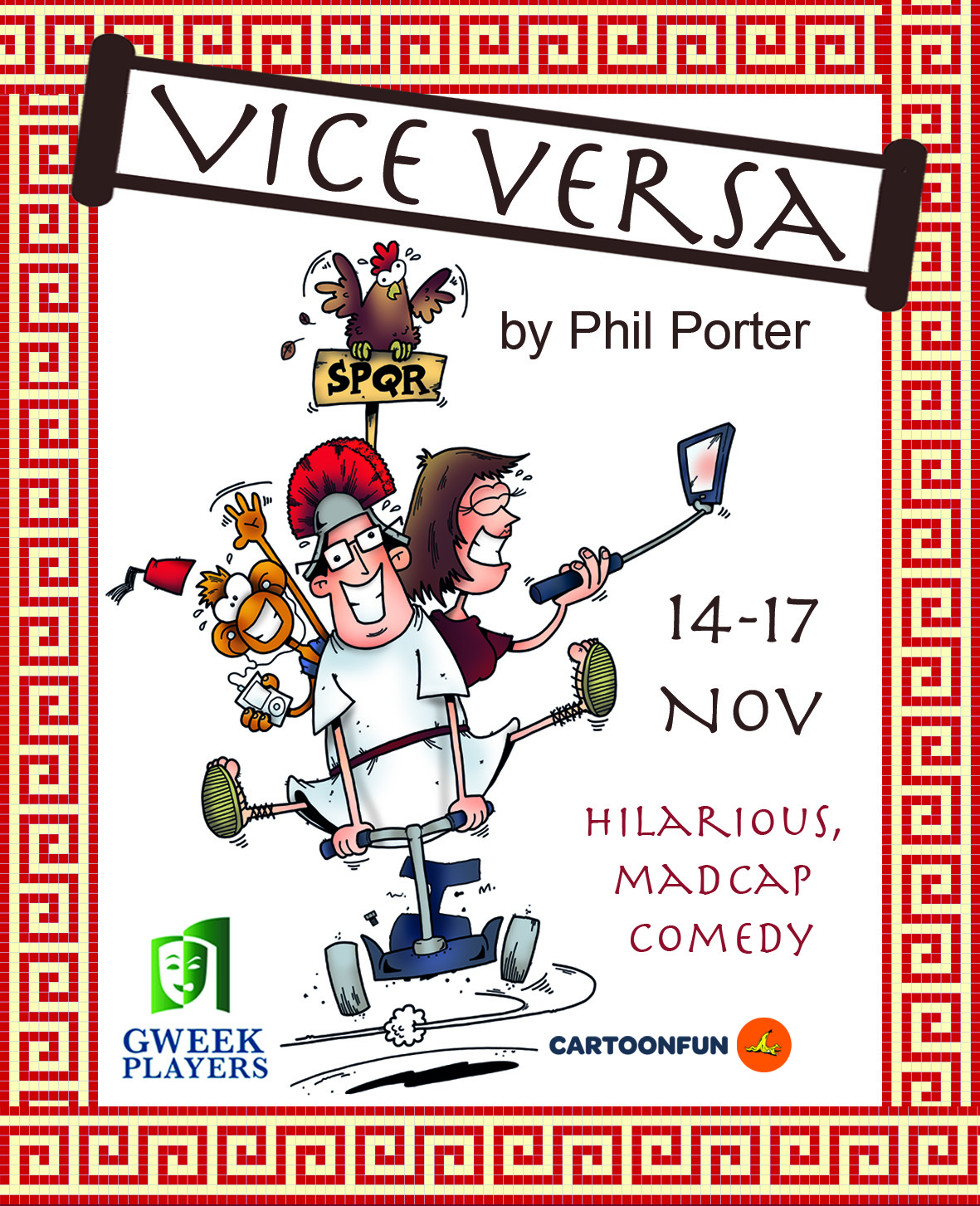 Gweek Players were thrilled to be the first am-dram company to be given permission to perform Vice Versa by Phil Porter. A hilarious, madcap farce based on the Roman comedies of Plautus, it was first performed by the RSC in Stratford in 2017 when it was a huge hit with audience and critics alike.

“This Racy Roman RIP-OFF is a laugh riot” (The Guardian)

Gweek Players are delighted to have won the District Achievement award at the NODA 2018 awards night for this production.