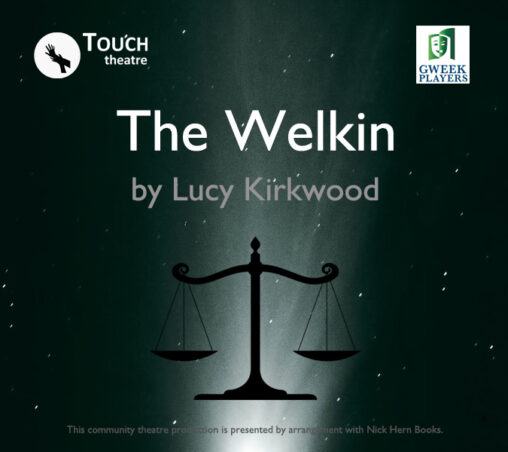 The Welkin by Lucy Kirkwood

TOUCH theatre and Gweek Players joined forces in September (2-4th) 2021 to stage a production of The Welkin by Lucy Kirkwood. Directed by Kath Archer (TOUCH theatre).

Funny, bawdy and at times bleak, the play, set in the 18th Century but with a very modern tone, tells the story of Sally Poppy, who has been convicted of murder but who seeks to avoid hanging by declaring that she is pregnant. To assess her claim, the judge calls a jury of matrons, and their deliberations are at the core of the drama. It is a serious play about women’s rights and roles, but there is a bawdy, raunchy humour (usually directed at men!) which punctuates the more serious themes.

The play was first performed for a short run at the National Theatre before being closed due to the 2020 lockdown. We were the first amateur companies to get the rights to perform this powerful play following the release from lockdown, and many measures were taken to ensure the safety of the whole cast and creatives as rehearsals began in the early summer of 2021.

Under Kath Archer’s Direction, a wonderful cast was bonded and coupled with creative skill and determination, the collaboration produced a fantastic production that turned brought both new audiences and members to both companies.

All proceeds from the programme sales were donated to Cornwall Refuge Trust. 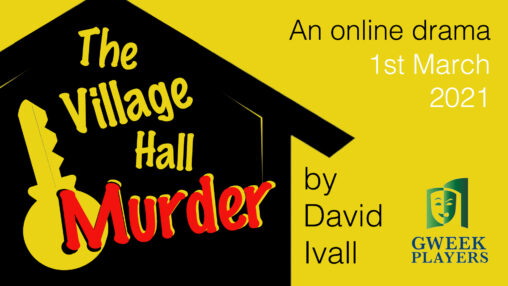 We normally perform a play twice a year in Gweek Village Hall and, like many other groups, have had to postpone our production, ‘Blithe Spirit’, Noël Coward’s celebrated comedy about a novelist, directed by Mandy Rolleston until it was safe to invite our audiences back to our theatre.

However, never ones to stay dormant, we took an initiative to create an Online Drama in the form of a Murder Mystery. Due to the pandemic, the filming of The Village Hall Murder was completed under Lockdown restrictions meaning that no two members of the society met in person. The play was written by one of our members, David Ivall who cleverly set the action to take place during the pandemic. This was a first for us and we think maybe a first in the am-dram world!

Rehearsals took place on Zoom since December. The cast have filmed themselves (on their phones tablets and on Zoom, etc.), in costume.

The cast’s videos were collated and edited by the director, Emma Phillips, and producer, Amanda Rolleston, to create a one-hour online play launched on 1 March 2021.

We did not charge to see the play, but we gave viewers the opportunity to make a donation to local arts charity Carn to Cove at the end of the production which raised funds of over £1200.

Click the link to watch our ONLINE DRAMA NOW: https://youtu.be/9al4jRIg5hA